Over the past couple of months I have sampled two versions of wine tasting, one differing widely from the other. The first came in the region of El Dorado, Apple Hills to be precise where the other was located in the not so picturesque town of Lodi.

Dave kindly invited me to a evenings worth of work at a winery owned by Craig and Sheri Watts, a very hospitable couple. Craig is a fidgety conservationist, a man who seems to have 4 sentences to spill at the same time, resulting in a red face and a nonsensical waterfall of speech. His openness was commendable and his detail intriguing. Sheri on the other hand seemed to keep a little more to herself, shuffling around after people ensuring the night ran pleasantly and ensuring Craig didn’t make a grape out of himself. The reason I was at Watts to work at a charitable event, raising money for young people with blood related cancer.

Craig and Sheri somewhat seemed to over compensate for the nights demand with a myriad of ages competing to deliver food to the 80 or so guests. Dave had worked at Watts for near on a year and was highly aware of what waited him. His job was a non declared handyman, wine specialist, waiter and conversationalist, while I followed in his wait with awkward splutters of English charm and with the opportunist view of finding and sampling what Watts Wines had to offer. Due to the mass of ‘helpers’ this seemed no problem and soon after a three course meal, eat whilst standing, I was led into the wine tasting area.

The tasting room was being led by a husband of a wife, neither of which had much to do with the winery however much they would liked you to think so. They seemed suspicious of our sipping demands and soon singled me out as a taker, although under the demand of Dave and Craig I was welcome to indulge. I took this opportunity and did what any man should do and ran directly to my two seniors to dob the man in. Craig’s winey response, resembled something along the lines of the fella behind the counter being a prick. Craig proceeded to me serve me by himself. I could tell the server looked upset and disappointed by this so I sipped away smugly whilst watching the most awkward, disappointing and cringe worthy comedy then magic show. These looked as if they were performed by a republican dictatorship and pleased the audience but disheartened my soul.

One of the workers and I spoke for a while about the UK. His aged nativity was intriguing and I enjoyed telling him of the nations positives and negatives. After thirty minutes of this aged fellow being missing, he returned with a book of Lodi, made by the people of Lodi, signed and commented on by the people of Lodi. He passed it over to be and requested for me to ‘sign it’. I didn’t want to offend him so I signed underneath a picture of two middle-aged men with cowboys hats, who were holding grapes. I felt this accurately represented my strange evening at Watts Wines.

Eddie left and people cried. I didn’t I was pleased as it meant I had a place to go for New Years. Bring on Mexico City.

Cool fact though, the Horse Whisperer was filmed in these hills. Now everyone can sleep well on Christmas eve with this in their knowledge.

sacramento to Seattle, somewhere in the middle….

Today I experience thanksgiving in the kind presence of Robby’s family. I have little to no knowledge of what I have in store but a little indication that it will have a close relationship with gluttony. Due to having little information at current I thought I’d give thanks to Tom Hanks, previous resident of Sacramento and attendant of my university Sac State. Here in my opinion is my the 5 best films of his:

Today I was in between finishing my day and escaping Uni (or school if you’re American). This usual bustle requests a ten minute walk through the campus to the safety of the bus stop. The task is to not be stopped by christians, fraternities, charities, political groups or awkward conversations with past conversationists. Today I failed in my daily mission as I was stopped by two fellow students (one male and one female) with the passing comment of “have you signed up to vote?” While he lifted his sign up sheet all up in my grill.

“no I’m afraid I am from London, England way….”

“well I’m from just outside London which is in England, part of the UK” I started walking.

Man: “London is part of England?”

Man: “so you can vote as you still own apart of us…?” He said while scutering violently behind me.

“ummm nope….basically I believe originally there were 5 or so countries that founded/owned parts of the US. Like Germany owned areas of Texas, France Louisiana and Great Britain owned more northern states I beleive, but I’m not 100% sure. I am 100% that the US is now a indpendant nation though….”

“Got to go watch Independance Day for a film class, in a bit of a rush….”

Man: “I take history, I know you can vote”

This is just one of the many conversations I have had, or have heard over my three month stint in the USA so far. Certainly isn’t boring.

(A) BRO: A person who spends a large amount of time in the gym, wears tight tops, backwards caps, is usually part of a fraternity and enjoy’s spending weekends having a friend film him having sex with a girl who is throwing up in a bucket. In Sacramento you would usually find these odd creatures in bars by the name of Bar West and Dive Bar, however if you venture out into the suburbs they will be taking up all your parents houses attempting to make beer-pong tables out of your dining room furniture and shouting ‘keg’ over and over again.

(A) BROHO: The person who is being filmed, usually in affiliation with attempting to fit into a sorority. Blonde hair with the IQ of around 120, however will act as if their IQ is around 47.

FRATERNITY: (Thought process of a person going down the fraternity route) O god I’m a little geeky, but I attend the gym and make sexist jokes so people will accept me. Wait is that enough to confirm I have friends? I better pay $500 dollars to ensure my friendships with my ‘brothers’, awkwardly caress their ego’s and do things that I then can never repeat so to earn their respect. Relational to rugby teams in the UK where you get the feeling that everyone is so insecure with their sexuality, the best thing is to either keep it behind closed doors, or violently through over sexual man on man tendencies down the throat of every unwanting participator before punching them in the face and shouting loudly ‘Lad, Lad, Lad…’.

HELLA: This word is the pride of Northern California, it differentiates them from their evil So Cal counterparts but where can I begin….basically everything within reasonis ‘hella’ something. ‘Hey Miss friend from North Cal, what do you think of my jacket?’ (response) ‘OMG that looks hella cute on you’. ‘Hella’ in general is a little like ‘bloody…’ but is far more irritating and is used about 70-80% more often.

The Chico of it.

Chico is situated 2 hours north of Sacramento. The response when you say you went to Chico, depending on who you tell, ranges from “sick party town dude, get laid?” (that is a bro speaking) “o god, what a shit hole” (the voice of a hipster) or “it’s bloody excellent, the nightlife is fun and the day time intriguing.” (that would be me speaking). The confusion in the face of a bouncer when handing over a pink card for identification is priceless. The longest I have waited to be let in to a bar/club in Sacramento is 15 minutes of debate, 5 different viewers ranging from employees to management, an internet check and a lot of hmmmming. This was beaten in Chico. There is a place in Chico that is 4 bars in one. Two of the entrances banished me and my ID the other two were fine with it. You may use this as a case of excellent US intelligence. That night Katherine and Eddie danced and drank and met a range of stereotype Americans.

The next day was the part which made me love Chico. I finally found a town that isn’t ran wholly by capitalist rulership, independent stores were more evident. Sure San Francisco has its fair share, but that doesn’t seem so manageable. If you ever wait for a Greyhound in Chico, and god above I hope you don’t, apart for this one reason. Next to the Train Station is an old train carriage. This carriage has been excellently changed into a independent coffee shop selling the best espresso I have so far experienced in the US. (http://empirecoffeechico.com/)

I also attended Bidwell park during my time in Chico. This park is huge but stunning, not that huge parks are normally not stunning, but this was another pleasant surprise. Here I managed to get Katherine and Eddie to walk. Getting Americans to walk is hard enough in itself, but I think even they were impressed by the beauty of the place. Overall if you hear things are bad in Chico, I beg to differ, it may be a little rough and rowdy, but it has a certain charm that is missing from some other cities in northern California.

Top Trumps. How do I get from LA to NY. Vote/debate?

This post will discuss possible forms of travel that I could take from LA to NY in June 2012 via the international vocabulary of Top Trumps.

CAR (in my dream this will mean robbing the Ford Mustang from Kaitlin Bruce. In reality it will be a Corsa) 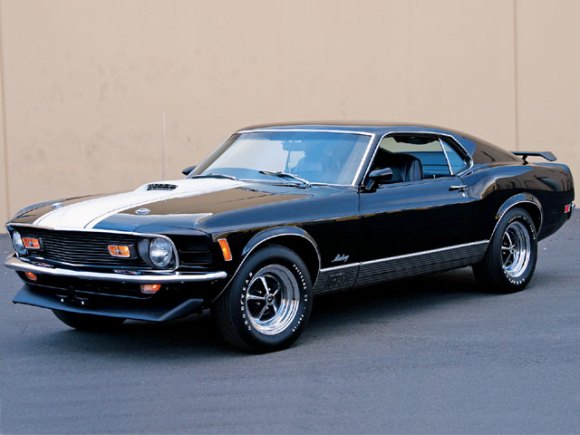 HITCHHIKE (I have been warned highly against this. I would normally be fine with this option, but in the US they have guns and small IQ’s)

FREIGHT (I will be doing a few practice runs beforehand if this is an option, including trips to Portland and Seattle)

If you have any other suggestions I’d be welcome to hear. The option is between these four at the moment but circumstances may change.